Why are competitive athletes more open to depression? 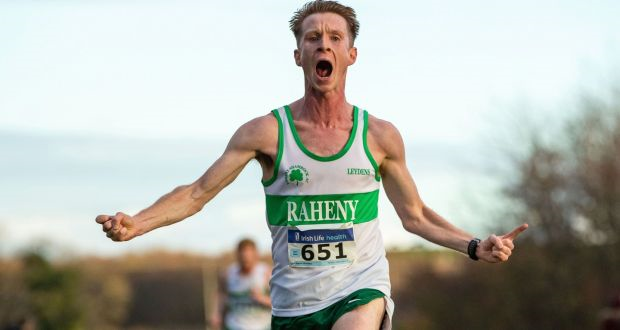 Why are competitive athletes more open to depression?

Back on the New York Times bestseller list a decade after first published – thanks mainly to the film tie-in edition – is David Sheff’s Beautiful Boy, one of those properly eye-opening accounts of addiction and recovery and everything else in between.

Set against a golden Californian tinge, Sheff is painfully honest about his son Nic’s sudden descent into one of the worst of all addictions, crystal meth. The once joyous and booming student and athlete becomes of tangle of lies and deceit, and in Beautiful Boy, Sheff tries hard to unravel it all. Is it something in their lives, or some pre-existing factor, which triggers it? Could he have done anything different to prevent it?

Spoiler alert: it doesn’t necessarily end happily, only what father and son and everyone else involved agree is that the sharing of the story, the telling of the truth, helps ease some of the pain and ultimately brings about some healing. The film looks good too, by the way.

Addiction is a different subject to mental health, but there are similarities nonetheless, in terms of the healing, and in understanding part of the triggering process. Or in the case of Tyson Fury trying to understand which came first – the addiction or the depression.

What is certain is that honesty – and bravery – always makes it easier, the latest example of which came from Kevin Dooney, who is leading the Irish senior men’s team in Sunday’s European Cross Country in Tilburg, the Netherlands. Just six months ago Dooney revealed his four-year struggle with his mental health, and while conscious of not becoming “another athlete who goes out there and complains” about it, there could be no more hiding either.

It began with a blog for the Fast Running website, under the headline ‘If I spark one conversation it was worth sharing’: six months and several candid interviews later, Dooney is clearly in a better place, his powerful performance in winning the National Cross Country last Sunday week some reflection of that. 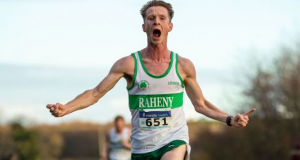 That his descent came at a certain peak, running and studying at Yale University and the hallowed surrounds of the Ivy League, doesn’t help in the unravelling of it: “There is no set date or moment when I would say I began feeling this way,” he wrote, “more of a gradual slide into more frequent occurrences of feeling down without any explanation as to why. Hiding my mental health issues has definitely done me no favours over the past years other than perhaps protecting some form of ego I felt needed to be guarded.”

Of course Dooney is not alone, not even in the small circle of elite Irish athletes. The last time the European Cross Country was staged in Tilburg, in 2005, Linda Byrne finished a terrific fourth in the junior women’s race – just six seconds off bronze. Byrne made steady progress into the senior ranks, culminating with the Olympic marathon in London 2012, where she was the leading Irish finishers, her 2:37:13 not far outside her best. Four months later she was part of the Irish women’s team that won gold at the 2012 European Cross Country in Budapest, finishing eighth overall, behind individual gold medal winner Fionnuala Britton.

Only by 2013 Byrne had run herself to a standstill, opening up about her mental health in an interview with The Irish Times, two years ago: “I just hit a wall,” she said. “I think I was still coming down from all the hype of London, and then it just hit me, I went into a new low, and I found it very hard to get out of it. I started having very bad panic attacks as well, but didn’t understand why.”

Part of the eventual understanding was the sharing her story too, Byrne back running, for pleasure, with no pressure, also helping the Dublin team to silver medals at the National Cross Country last Sunday week.

David Gillick’s recent accounts of his gradual decent into depression were honest and eye-opening, particularly in the telling of where is now. Gillick’s Irish 400m record of 44.77 is one of the best in the books, and “I’d love to say everything is perfect now,” he wrote. “But the war with mental illness is never truly over – all you can do is stay on top of the battles. It’s an on-going thing, and I know I’ll be managing my mental health until the day I die. But I’m doing much better . . . climbed out of that pit of despair, and this wouldn’t have been possible if I didn’t open up, seek help and learn the strategies to cope.”
David Gillick dejected after the 400m relay at the 2016 European Championships. Photo: Karel Delvoije/Inpho David Gillick dejected after the 400m relay at the 2016 European Championships. Photo: Karel Delvoije/Inpho
Same with Martin Fagan, who opened up – to some despairing reaction – about his depression in 2012, after testing positive for EPO, at which point he was injecting himself at his small apartment in Arizona in such grim circumstances that he felt the low of the meth addict. To some, Fagan was still a tangle of lies; to others, his openness went some way towards understanding what may have triggered it all.

Depression, like addiction, is often repetitious. A decade after Fagan ran the Olympic marathon in Beijing, are we any more aware why competitive athletes seem more open to depression? The sharing of the story certainly helps.